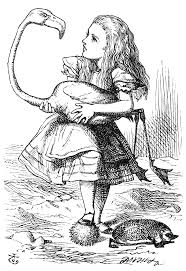 Though there are a few people who can handle a gray existence, their number is far less than those who proclaim to have that comfort. And this tendency extends to everything within comprehension. The need for labels, definitions, categories, and boundaries was necessary at some point for our survival, and these layers are an extension of the black and white, binary trait of needing to know yes or no.

Will I live, or will I die.

And without survival stressors, at least for most of us in the Western world, it’s moved into existential sensibilities. How we view ourselves and our identities.

Just as humans are incapable of conceptualizing reality and layer levels of labels for understanding, writing has it’s own labels, categories, and boundaries. We observe complex humanity, yet we cannot resist falling into camps with a dichotomous structure.

As with most labels, I resist limiting myself by placing boundaries on or categorizing what I write. However, there comes a time when I realize there is a grain of truth despite the exaggerated discussion I usually come across.

One of the dichotomies that has slightly more truth than others, and notice I said slightly, is character versus plot driven writing. The reason I say slightly is there isn’t a true dichotomy. As with any other human trait, there is a complex, dimensional continuum to cover all that is entailed by stating character versus plot.

As with most discussions, people like to group up in one camp or the other. Almost any discussion board will have most writers arguing plot based writing is poor writing. In order to entice a reader and have depth of writing, one must develop and build complex characters.

First, poor writing can be found everywhere. In fact, I produce mass amounts of poor writing to create a small gem that I read and reread, amazed the words came from my mind. Whether a writer is plot driven or character driven has very little to do with quality writing.

Second, there is some amazing literature that we all know and love that does not have complex characters.

Third, plot driven writing does not mean characters are not developed or well-thought out complex beings. To be a plot driven writer means the primary focus of action is external events. Usually found in genre writing, such as Mystery, the plot is the device which causes the character to act. Things happen to the character, and the character responds.

In fact, I would argue that most novels and writing is plot driven. Of the categories of conflict, there is only one category that would not require external events precipitating a sequence of decisions in the character. Namely, man vs self.

Rather, character driven writing focuses on the internal world of a character as primary. Their drives, their motivations, their backstory, and ultimately the progression of the story is tied to exposition of or change within the character.

There is no question as to where I fall in the complex plane of character and plot writing. I am a character writer.

That is not to say I don’t write plot driven stories. I do, it’s inevitable, but the first step in writing for me is to understand my characters. Who they are. My least interesting stories, at least to me, are stories where I haven’t developed a complete profile of my MC’s internal world before writing.

In fact, I delayed writing on my current WIP because even though I knew my character, I had no plot in which she could engage. I had nothing for her to do, no canvas on which I could display her and tell a story.

Of course, then I delayed another month because I wasn’t in the mood to write her. The forms procrastination comes in.

But at the end of the day, there are three things stories must have: character(s), plot, and setting. Without any one of these three, a story does not exist.

The degree in which character or plot plays importance for the writer is entirely subjective. And neither one or the other is indicative of poor writing.